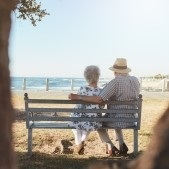 The 29th annual Retirement Confidence Survey (RCS), conducted by the Employee Benefit Research Institute (EBRI) in 2019, found that two-thirds of U.S. workers (67%) are confident in their ability to live comfortably throughout their retirement years (up from 64% in 2018). Worker confidence now matches levels reported in 2007 — before the 2008 financial crisis.

Confidence among retirees continues to be greater than that of workers. Eighty-two percent of retirees are  either very or somewhat confident about having enough money to live comfortably throughout  their retirement years (up from 75% in 2018).

Retirement confidence seems to be strongly related to retirement plan participation.  "Workers reporting they or their spouse have money in a defined contribution plan or IRA, or have benefits in a defined benefit plan,  are nearly twice as likely to be at least somewhat confident about retirement (74% with a plan vs. 39% without)," said Craig Copeland, EBRI senior research associate and co-author of the report.

Retirees are more confident than workers when it comes to basic expenses and medical care. Eighty-five percent of retirees report feeling very or somewhat confident about being able to afford basic expenses in retirement, compared with 72% of workers. Confidence in having enough money to pay medical expenses in retirement was also higher among retirees than workers: 80% versus 60%. However, 41% of retirees and 49% of workers are not confident about covering potential long-term care needs.